CMS Has Due Cause to Demand Wider Study of Healthy Indiana Plan (HIP 2.0) for Medicaid Expansion Members 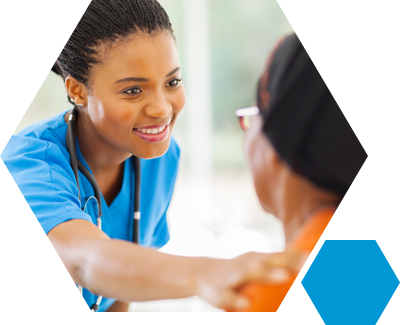 At the start of 2015, Indiana became the 28th state to expand Medicaid taking the Obama Administration up on its offer to pay 100% of the costs through the end of 2016. But… the administration had to make some concessions to the traditional expansion rules via a waiver in order to make it happen. Republican Governor Mike Pence got what he wanted via the concessions for the most part, but the Centers for Medicare and Medicaid Services (CMS) approved it for a limited time only and is requiring  proof-positive that access to care isn’t being hindered prior to granting an extension. Other Republican governors are watching Pence’s plan and CMS developments closely to see if Indiana’s approach is truly less expensive and a viable option for their states. The plan has its critics.

There are three key parts of the Indiana plan that are under scrutiny for potentially hindering newly eligible recipients’ access to care. They are: 1) the waiver of the medical transportation benefit, 2) ease of enrollment, and 3) disenrollment of recipients if they miss their required HSA (Health Spending Account) contributions. CMS has hired the Urban Institute to conduct a third party analysis of each of these three areas.

Forcing the poor to pay
It seems to be working

The amounts are small but officials report that 94% are taking responsibility and contributing to their HSAs as Indiana hoped. Yet officials also report that 2200 people have lost coverage for lack of payment over the last 10 months. There is also speculation that the cost to administer Indiana’s plan is far higher than what it would be if the expansion population just rolled into Indiana’s traditional Medicaid program at no cost to them. What do doctors think? Their opinions may be biased. Doctors and hospitals in Indiana are big proponents of HIP 2.0 because Indiana offered them a in an effort to increase participation in the program. Since last year, 5300 providers signed up and people report few problems getting care. That is, if they are able to actually get to their appointments.

As part of the waiver agreement, CMS required Indiana to provide data on whether lack of transportation was a barrier for expansion members getting to their health care appointments.  As a result, the State hired the Lewin Group to conduct the research which was recently released. However, the study only looked at a sample size of about 300 members when there are 1.2 million Medicaid members in Indiana with almost 400,000 being enrolled via the HIP 2.0 expansion program. CMS’ concern about the limited scope of the research is echoed by the Lewin Group in the report. In response to this, CMS expedited an additional 3rd party review by The Urban Institute, not just for NEMT, but for other parts of the waiver as well, prior to its November 30, 2016 expiration.

Even with the limited scope of expansion members surveyed, results already fall close to being in-line with utilization for the traditional Medicaid population across other markets. Utilization of our NEMT services typically falls between 5-8% in any given market. So the 6% of Indiana expansion members who reported missing medical appointments due to transportation is in line with utilization for the traditional population across the country. The people that most often utilize our rides are typically the nation’s most frail, most sick, and require the most assistance. Oftentimes the rides to these appointments are for life supporting treatments—without them a member’s survival rate diminishes. They desperately need to get that care. It’s because of them that the transportation benefit has continued to stand the test of time.

It would be difficult to make the case that the NEMT waiver doesn’t inhibit access to care when so many other states, providers and courts have already ruled it does. The NEMT benefit has been challenged in courts for decades and consistently stands up as a necessary requirement. The grand majority of expansion states automatically kept transportation as a benefit. They know it hurts members’ access and drives up cost.  Provider’s see it too. Indiana’s own newly released study which also surveyed providers cited transportation as the key reason behind missed appointments. In addition, providing transportation to chronic disease management and other doctor appointments has been found to reduce costs over the long-term through the reduction in unnecessary emergency room visits and ambulance costs when there is no other route to care.

Further evidence of the value of NEMT lies in Anthem’s independent decision to provide coverage of this benefit for the expansion population without reimbursement from the State or the Federal government.  HIP 2.0 members have a choice between one of three carriers and about 40% of them selected Anthem over other plans. Anthem elected to provide members with NEMT because they know there’s a good return on it and it’s in the best interest of the member.  As of today, none of the other health plans have followed suit.

We’ve found that Medicaid members aren’t looking for handouts as much as a helping hand when it comes to getting to their appointments. It would be interesting to know if the administration of Pence’s plan outweighs the required contributions significantly. Indiana’s expansion provided health care coverage to hundreds of thousands that didn’t otherwise have insurance. Making sure the sickest have rides to their appointments and the poorest aren’t denied coverage unfairly is really all CMS is trying to uncover in their extensive review.

According to Modern Healthcare, the CMS has renewed conservative Medicaid waiver proposals from Indiana and Iowa that will extend into President-elect Donald Trump's incoming administration.

Both states have gained permission to continue not covering nonemergency transportation services. Iowa can opt out of the expense through December 2019, and Indiana can do so through January 2018, according to CMS letters from the end of November 2017.

What is to Be of the Cadillac Tax Now that Obama Has Signed Its Delay Into Law?→
←Better Care for Sure, But Integrating Physical and Mental Health Care is No Easy Task